Malta is a beautiful country! Full of beaches, palm trees and well if you guessed it’s a really hot country! The hottest it’s been is.. wait you need to find that out by yourself by reading this article. Just to let you know, Gozo, Malta and Comino and religious islands. Well then lets get started! 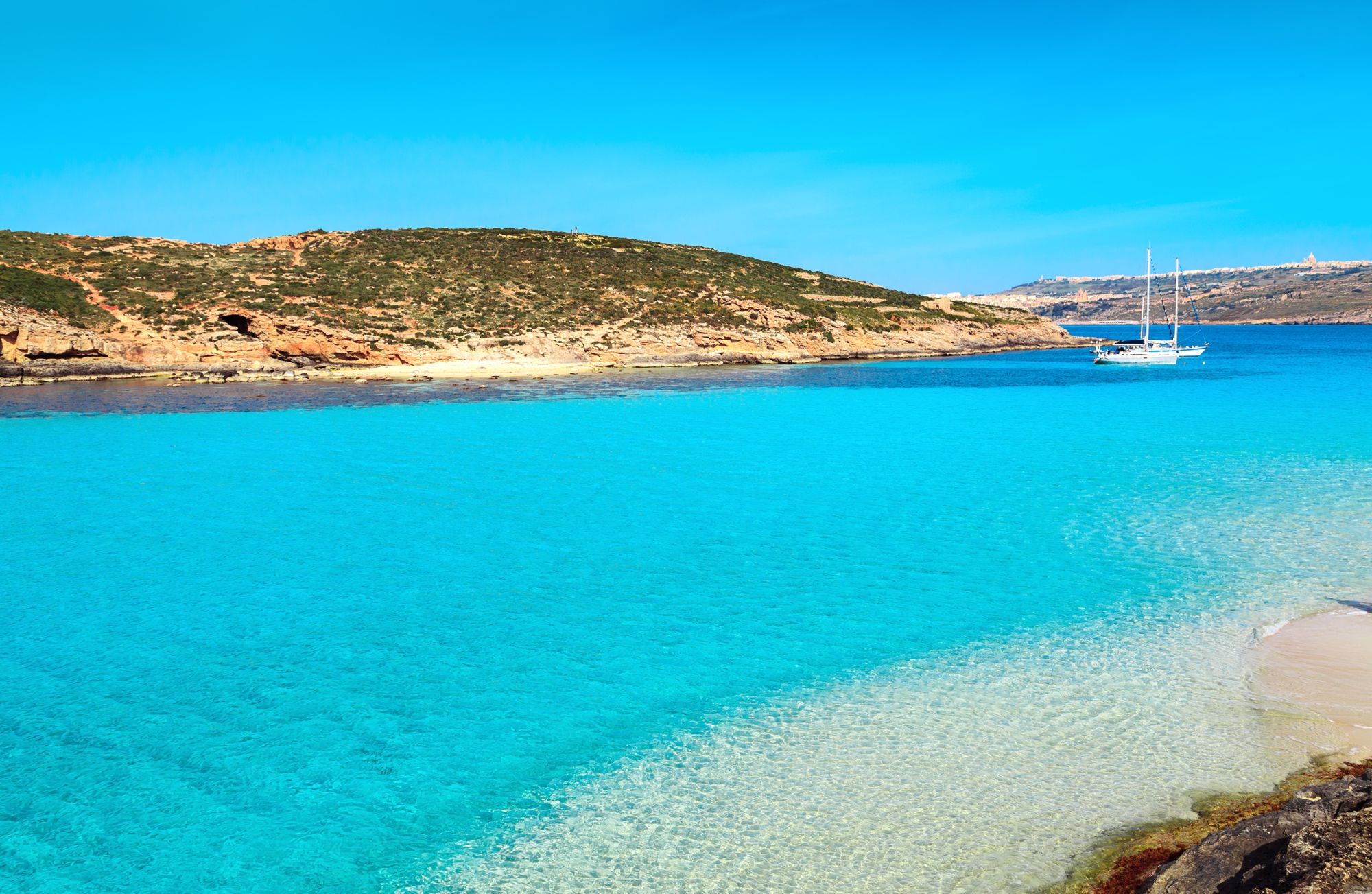 There is three small island. Malta, Gozo and Comino. Malta is the busiest island out of them all and clearly the most popular. Gozo is crowded by tourists (well I guess all of the countries are…) since they want to see the Azure Window, which broke and fell into to depths of the ocean never to be seen again… Oh well, people still visit since they want to see the debris. Heres a before and after of the Azure Window in Gozo.

Anyway about Comino. The smallest yet hottest island out of the three. Well, it’s the same temperature since the islands are so close together but because there is no shelter it’s even worse! But Comino does have the amazing magnificent Blue Lagoon! Heres a picture.

Well, at least you know what I mean by Gozo, Malta and Comino. So now that you know that let’s get to know a bit more of Maltas amazing history! Well, it is a bit complicated so…

During World War II, Malta was heavily bombed, being a strategic outpost for the Allies. The bombing was so extensive that by the end of the war, Malta had become the most-bombed nation on the planet. (Laos holds this title today, following its bombing during the Vietnam War.) On April 9, 1942, two German bombs fell on The Church of the Assumption of Our Lady in Mosta, a city in central Malta (I’ve been there! It’s crazy standing in front of a modern miracle!) . Mass was going on at the time, and more than 250 parishioners were in the church.Alarms rang out ahead of time, and while some people left the church, others stayed inside and prayed.The first bomb pierced the dome and fell onto the floor of the church.The second cleared the left side of the triangle on top of the church’s facade.Those bombs had every reason to explode but neither of them did.It was hailed a miracle. Somehow divine intervention prevented the church and the town from turning to rubble. The bombs were promptly defused by the military and later dropped into the sea. 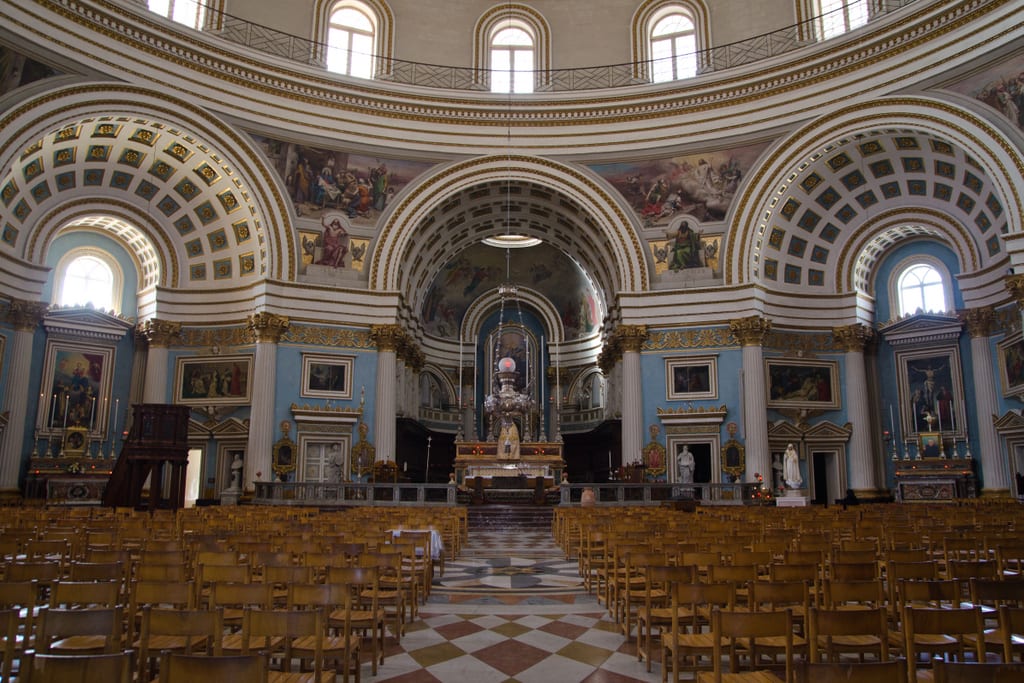 It’s crazy!! A miracle! Only 95 years ago! It’s not like it was in BC. Anyway, that’s only a brief bit of Maltas crazy history. Okay, I just have to point out that there was literally no website had this miracle on Matlas brief history so I had to write it myself 🙂 .Now about the war! (I know that the bombing was partially about the war but anyway.)  If you want to you can watch a video or read my version. https://www.youtube.com/watch?v=Q4QksVy1VAQ

Heres a brief of what happened…

The Great Siege of Malta took place in 1565 when the Ottoman Empire (The Turks) tried to invade the island of Malta, then held by the Knights Hospitaller. They bombed the Grand Harbour of Malta. Yep. I know, I know very, very brief but it still gives you the idea (I couldn’t find anything on the internet either).

Comino is a small island in between Malta and Gozo in the Mediterranean sea, Comino is known to have been inhabited by farmers in the Roman times but for many years Comino has either been slightly populated, privately owned or abandoned completely. In my opinion, Comino is a beautiful island – the best part is the blue lagoon! – the only bad thing, in my opinion, is how HOT it is!! It’s so warm since there is no shelter, even though it’s basically the same heat as Malta and Gozo (46 degrees!) it’s even worse because there is nowhere, NOWHERE, to hide under.

Christianity has almost 2000 years of history in Malta. According to tradition, it was brought to the Islands by none other than the Apostle Paul himself in around A.D. 60. Paul was being taken to Rome to be tried as a political rebel, but the ship carrying him and some 274 others were caught in a violent storm only to be wrecked two weeks later on the Maltese coast. All aboard swam safely to land.The site of the wreck is traditionally known as St. Paul’s Island and is marked by a statue commemorating the event.The welcome given to the survivors is described in the Acts of the Apostles by St. Luke:

“And later we learned that the island was called Malta.
And the people who lived there showed us great kindness,
and they made a fire and called us all to warm ourselves… “

As the fire was lit, Paul was bitten by a poisonous snake but he suffered no ill effects. The Islanders took this as a sign that he was a special man. This scene is depicted in many religious works of art on the Islands. According to tradition, the Apostle took refuge in a cave, now known as St. Paul’s Grotto in Rabat , Malta.

During his winter stay, he was invited to the house of Publius, the Romans’ chief man on the Islands. It was here, according to tradition, that Paul cured Publius’ father of a serious fever. Publius is then said to have converted to Christianity and was made the first Bishop of Malta. The Cathedral of Mdina is said to stand on the site of Publius’ house.

Oh lets see the warmest it can get in October (this month). Drum roll, please…

Lets have a break from all that history so lets chillax…

Anyway, see you in my next article!

7 thoughts on “The History of Malta, Gozo and Comino”