In the heartwarming adventure Disney’s Christopher Robin, the young boy who shared countless adventures with his band of lovable stuffed animals in the Hundred Acre Wood is now grown up and living in London but he has lost his way. Now it is up to his childhood friends to venture into our world and help Christopher Robin rediscover the joys of family life, the value of friendship and to appreciate the simple pleasures in life once again. 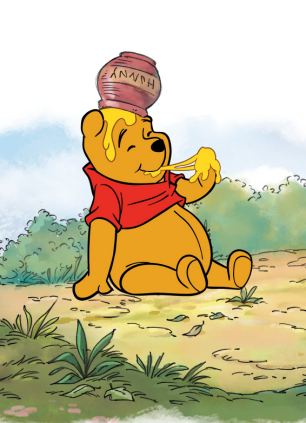 Winnie the Pooh is back to set things right and bring joy back to their owner Christopher Robin who has become illusioned by adult life. He is determined to reunite his old friends and bring back the loved One Hundred Arce Wood – their home.

This old bear started off as just a present for a little boy called Christopher in 1921, he grew to love the bear; his father thought it would be a great idea to create this toy into the star of his bedtime stories,  which he told to his son.  The bear was bought in Harrods department store in London. He named the toy Edward bear and it soon became an article in the London Evening News on a day in 1925. Winnie the Pooh was published in 1926 and the first time he appeared in colour was 1932. Disney acquired Winnie the Pooh in 1961 and for almost a century his stories have been read by millions. As of now, he’ll be introduced to a whole new generation in Christopher Robin – the film premieres on August 3rd. These are the stuffed toys which began it all: they are being showcased in a museum in New York.